Give thanks to Canada, this Thanksgiving 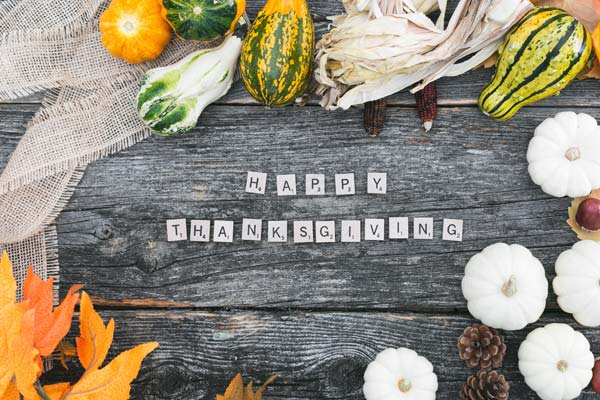 We have a lot to be grateful for in this country. Our wilderness, our incredible people, the clean air, our kindness and tolerance toward one another, the freedom this country affords us.

Did you know that Thanksgiving in Canada was started by a man named Martin Frobisher way back in 1578? He was that thankful to be here after a harrowing journey from England to Newfoundland. This was well before the first American Thanksgiving, which didn’t happen for another 40 odd years.

So let’s give thanks just like Martin did and raise a glass this weekend to each other, and the greatest country on the planet.

Some cool Canadian facts to be proud of:

1.  We’re large. With an area of 9.985 million km², six different time zones and the world’s longest coastline, there’s plenty of room for all 36 million of us.

2. We’re peaceful. We have the longest non-militarized border in the world with the USA. The Stanstead library sits between the two countries and supports communities on both sides.

3. We’re cute. You can write a letter in any language and send it to the North Pole, H0H oHo, Canada and you will receive a letter back from Santa. After all, he is Canadian.

4. We have a lot of water. With 20% of the world’s fresh water, we have more lakes than any other country.

5. We’re creative. Our inventions include insulin, Hawaiian pizza, basketball, the green ink for American money, the California roll, the telephone, the Caesar, Superman, and botox!

8. We’re smart. Half of us have college degrees.

9. We take care of each other. If you move to Churchill, be sure to follow town etiquette and leave your car unlocked in case a neighbour gets chased by a polar bear.

10. We’re green. In addition to the massive amount of wilderness in our fine country, here in Vancouver, we have Stanley Park which is 10% larger than Central Park in New York. And you know those grey squirrels you see everywhere? They’re all descendants from eight pairs of grey squirrels given to us by New York City in 1909.

Here’s to a wonderful, peaceful and joyful Thanksgiving to all of you from Leave It To Me. We are sincerely grateful for Canada, Vancouver and for you – our many friends and clients.

Patsy and the Leave It To Me team